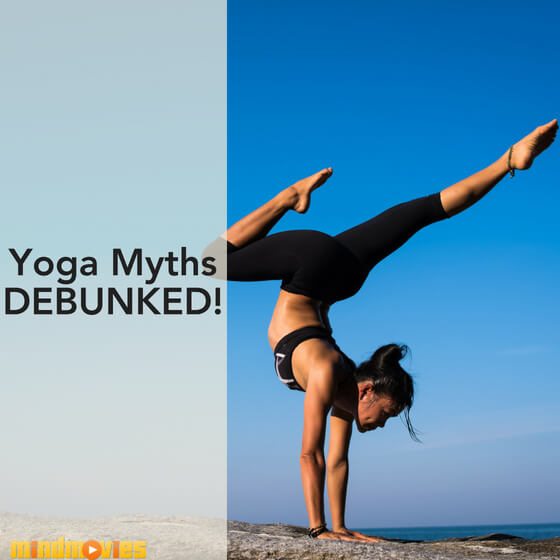 Yoga has become a prevalent practice throughout the world. Thousands of people join the yoga evolution each day. A recent survey that was conducted by Harvard Medical School revealed that the global prevalence of individuals performing this practice is on a rapid rise.

In fact, the survey revealed that the number of “yogis,” a term that describes people who enjoy doing yoga, have increased by more than 50% in just four years. In 2016, more than 36 million people in the United States performed yoga regularly, and at least 33% of the entire American population has tried yoga before – at least on one occasion. 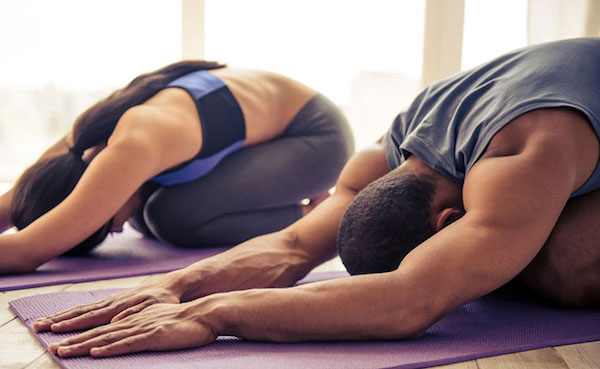 Even though yoga is becoming increasingly popular in the modern day, it is important to realize that this practice is probably not something that was only introduced to the world in recent times.

In fact, most publications suggest that the practice of yoga dates back to over 5,000 years. Thus, this is an ancient practice that has just found a new purpose in the lives of the modern person.

There are many benefits of yoga, such as a higher level of relaxation, a form of physical exercise and the ability to stretch all of the most important muscles in the body.

Unfortunately, there is a significant number of people who are thinking about joining up for a yoga class or downloading an instructional video and trying it themselves, but the numerous misconceptions out there regarding the practice of yoga is causing the hesitation.

In this post, we are going to look at ten top myths about yoga, and explain what is the real side of these myths. 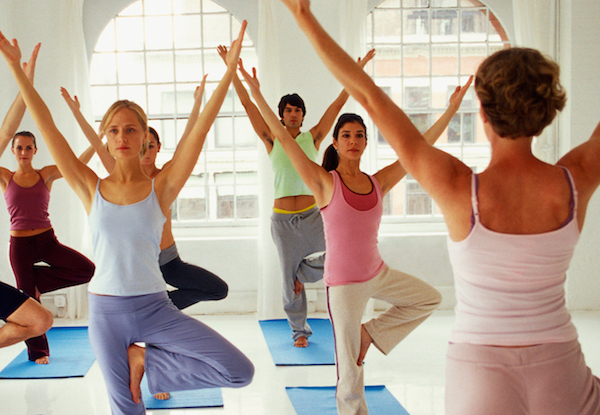 1. Yoga is only for those who are already in good shape

One of the most common problems that people find when they are looking to get into yoga is that all of the photos and videos we see on the internet, as well as in local publications, portray yoga as a practice for people who are in good shape.

This, however, does not mean you have to be in good shape to practice yoga and benefit from this activity. A lot of overweight individuals have found yoga to be a perfect activity to help them get started with their weight loss journey. With the right poses, you can even transform your body with yoga.

The majority of people who are very open about their yoga performance is often vegans. Look up some accounts dedicated to yoga on Instagram, and you’ll find that most of these account holders are vegan – they often post about the benefits of veganism.

It is important to note that yoga is a diverse activity and no, not only vegans practice yoga. Any person can practice yoga – at a studio, at the park or the comfort of their own home.

This is another common misconception about yoga. In modern times, especially in the United States, you will often see associations made between yoga and women. This often leads men to consider yoga as a practice that is only for woman, but this is not true.

In ancient times, men practiced yoga just as much as women – and even today, in some countries like India, we often find that men are more acquainted with this activity than women.

According to Do You Yoga, there was a time when yoga was a practice that was primarily focused on men.

4. Yoga is a simple stretching exercise

When we watch someone doing basic yoga moves, then a common misconception is often that yoga is far too simple to be effective in any way. It seems like the entire purpose of yoga is to provide the body with some stretching, but just in a more “fancy” way.

This is also a myth and not true. Once you give yoga a try, you will notice that this activity is far more than just stretching – it works on body, mind, and soul.

5. Yoga is too hard for the average individual

On the other hand, some people tend to think that yoga may be too hard for them and that you need to be an expert, as well as extremely fit and flexible, to become a fan of this practice.

Have you seen those videos where people perform yoga poses like the “handstand,” “headstand” and “crow pose”? Some yoga poses are very hard to achieve, yes, but this does not account for all yoga poses. When starting out, there are many fundamental poses that are easy for beginners.

When you take a look at the photos posted on Instagram and videos on YouTube, you will see one thing in common with many of these posts – the people in them often wear expensive clothing, and they have professional yoga mats.

This often causes people to think they need to have a lot of money if they wish to perform yoga. The truth is, you do not. You don’t need any special clothing, and there are many objects that can be used in place of a professional yoga mat. 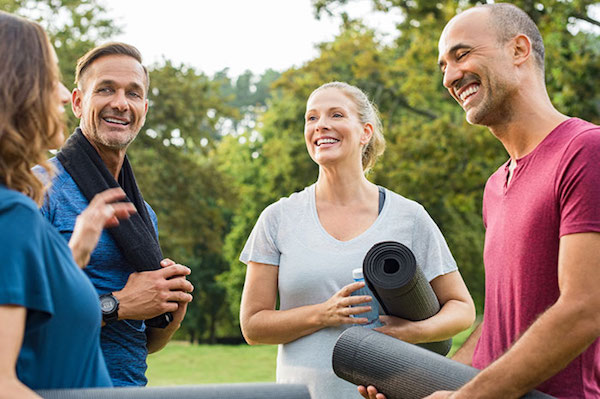 7. Healthy people can only perform yoga

Another common misconception that people often have is that yoga is only for healthy people. Thus, those individuals suffering from heart problems, depression, arthritis and other health conditions are unable to perform these exercises.

This is yet another myth. There are many different forms of yoga, and a lot of these not only helps to stretch the body but improves specific symptoms caused by some health conditions.

8. Yoga is only for hippies

Similar to how yoga is often associated with vegans, a lot of people also tend to associate this ancient activity with hippies. We often see movies where hippies perform yoga, and even in real life, this can often be observed.

While “hippies” are very in tune with themselves and find yoga beneficial for themselves, they are not the only ones performing yoga. In fact, there are even some celebrities who frequently perform yoga.

9. Only people who are very peaceful can practice yoga

When we dismiss the myths that yoga is for hippies and vegans, there is one particular association left – when we look at videos of people doing yoga; they always seem to be very peaceful.

When we watch a movie, the people performing yoga is also often very peaceful. This may create an image that yoga is only for those who are very calm, but the truth is, the act itself helps to bring calmness to you – that does not mean you have to be living a peaceful life to practice yoga.

Finally, we want to point out that a lot of individuals think that yoga merely is yoga, and there is no variety to this practice. The truth is, yoga is not just a simple practice, but rather a fascinating and creative practice that can be performed in many different ways.

Yoga Journal explains that there are numerous types of yoga, which means there is a particular form of this practice that will suit you. Some examples of yoga types include:

While yoga is already being performed by millions on a day-to-day basis, there are a lot of people who are uncertain as to whether yoga indeed is for them. The numerous myths that are often associated with this ancient practice are usually what causes such hesitation.

In reality, the majority of the negative points that are made about yoga is often found to be myths and not the truth. In this post, we have taken a look at some common myths that are associated with yoga, and what you need to know about these particular myths.

Special Offer From Mind Movies:   Are you nourishing the 5 roots of life that support your success? Do you know what these 5 roots are? And did you know neglecting just one of these 5 roots could dramatically slow down your path to success? If you want to start creating your most successful life today, check this out now! 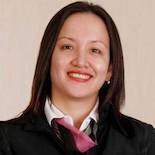 Margaux Diaz writes for health, beauty, skin care, and fitness. She is very much passionate about her work and has devoted herself to influence and motivate others to adopt a healthy lifestyle. Connect with her on Facebook, Twitter, and Linkedin. 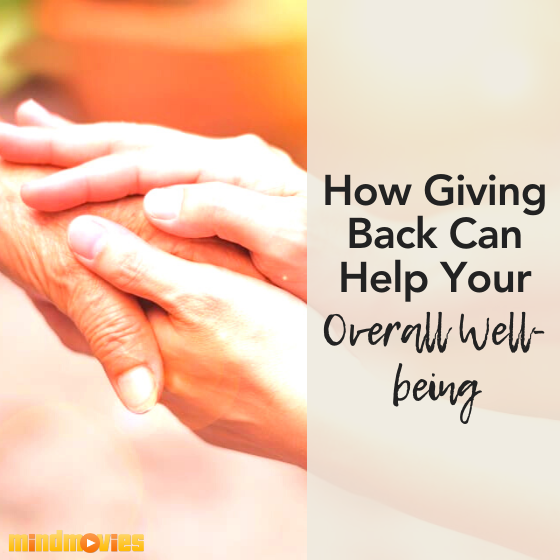 Giving Back And Why It's Good For Your Health 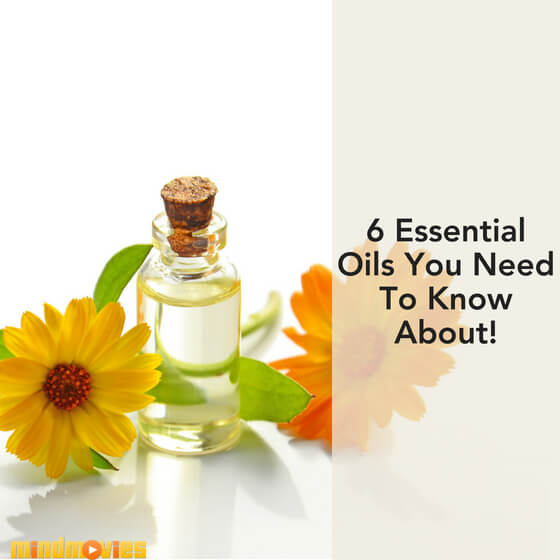 6 Essential Oils To Check Out Now! 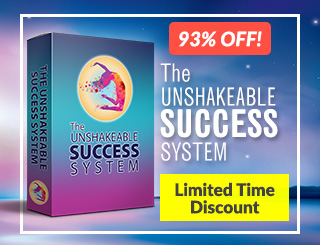