Episode # 24   Will Smith on the Law of Attraction

Who knew Will Smith was an LOA believer?! Listen to Will discuss possibility, the power of making a choice and he shares his favorite read. It's an inspiring interview that might just ignite a spark within YOU!

Episode # 24 Will Smith on the Law of Attraction

Host: And that you are in this path to becoming a legend yourself in this business. So I see Will Smith saying "I am Legend." I'm taking with Will Smith. You are really becoming an iconic figure. What do you make with it?

Will: It's what my grandmother told me to I had to do, you know I was sitting with a Tyrese a couple of weeks ago, you know just coming off the Transformers with him, you know just about the business and, you know getting an eye on the same wavelengths, like of having some assistance if I can. There's a concept that I don't want to be an icon, I wanted to be an idea, you know, I want to represent an idea, I want to represent possibilities, and I want to represent magic, right? You're in a universe and 2+2 equals 4, 2+2 only equals 4 if you accept that 2+2 equals 4. 2+2 is going to be what I wanted to be, you know and there's a, there's a redemptive power that making a choice has you know, rather than feeling that you're at affect to other things that are happening. Make a choice right! You just decide what is going to be, who you are going to be, how you're going to do it. Just decide and then from that point, the universe is going to get out your way. It's like the water, it wants to move and go around that stuff you know. So for me, I want to represent possibilities, I want to represent the idea that you really can make what you want, one of my favorite books is The Alchemist, Paolo Cohellio and that's just, I just believed that, I believe that I can create whatever I want to create if I can put my head on it right, study it, learn the patterns, and you know it's hard to put it in words, real metaphysical aspects, but I feel very strongly that we are who we choose to be.

Host: It's not mambo jambo, it makes sense in number 1, number 2, and I think alchemist sales went up. Whatever that book is, sales just went up on amazon.com and about that. That happened on the call you said it went up, it really went up.

Will: It's great, it's a quick read too.

Will: But alchemist, because it's great, I consider myself an alchemist. And alchemist is basically a mystical chemist, right? And one of the great feats that alchemists used to do is they take lead, just take a chunk of lead and they could turn lead into gold right? So the symbolism...

Will: Oh I know right!

Host: I would give you some lead. Exactly.

Will: But so connected too symbolically, being able to turn lead into gold. You know, my grandmother used to say, like when you have lemons, you go make lemonade.

Will: To me that's alchemy, that's the same concept behind the alchemist.

Host: I'm with you on the alchemy part. The last question I think I might ask, is...

Will: Who will make you leave? This is your place?

Will: I will not be at work, period. You know, you might have more talent than me, you might be smarter than me, you might be sexier than me, and you might be all those things that you got on me in 9 categories but if we get on a treadmill together right? There are 2 things you're getting off first or I'm going to die, it's really that simple! So let's go back to the question about what if people going to black me out, there's going to be 2 options; I'm going to get back in, or I'm going to be dead. Right? It's like, you're not going to outwork me, it's a very, it's such a simple basic concept, it's the guy who is willing to hustle the most, is going to be the guy who just gets that lose ball. You know, he got that, oh this grabbed that when that was going to be out of bounce but he saved it back in. it's like, the commodity that I see, that majority of the people who aren't getting the place that they want or aren't achieving the things that they want in this business... strictly based on hustle, strictly based on being outworked, strictly based on missing crucial opportunities, I say all the time, if you stay ready, you ain't got to get ready.

Host: That's why he is fast becoming a legend and whether he likes it or not, an icon, and an idea and that is why I will make a bowl prediction here, I am Legend is going to make some this year, domestically and international. I got it right now. Good to see you

Will: Thank you very much.

Host: I am Legend starring Will Smith go check it out. 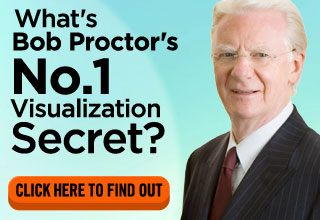