Today on The Inspiration Show Natalie Ledwell speaks with successful business coach and entrepreneur V. Lynn Hawkins. Lynn joins Natalie to discuss her program that started as a book and has transcended into an empowering world-wide project called ?The Permission Movement?. During the show, Lynn explains that the idea became a movement about giving yourself permission to be who you were created to be to the fullest and to have what you have always dreamed of. She also reveals that after this amazing idea, she wrote a series of books to help women stand up for themselves for each other and for the young people that are coming behind us. 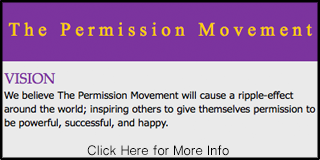