Today on The Inspiration Show, Natalie Ledwell speaks with author and forensic handwriting expert, Treyce Montoya. Treyce joins Natalie to discuss her very unique and empowering program, which consists of a non-traditional psychological, handwriting therapy. During the show, Treyce explains the fascinating way she analyzes people?s handwriting and the amazing discoveries she?s found that helps people identify what could be blocking them from reaching happiness. She also shares the proven science behind this technique and reveals that by changing our handwriting, we actually reprogram the brain to make new neurological connections so we can take on the new personalities traits we desire. Plus, she uncovers 3 very powerful tips that can help you to fully let go of the past and activate your subconscious. 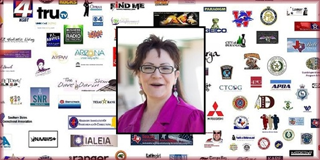