Today on The Inspiration Show, Natalie Ledwell speaks with singer-songwriter and motivational speaker, Tiamo. Tiamo joins Natalie to discuss his new album called ‘Living The Lyrics’ which is inspired by his own personal journey of facing his biggest fears and pursuing his dreams. During the show, Tiamo opens up about how his worst nightmare came true when he showed up to perform at his dream venue and only 2 people were waiting for him in the audience. He then shares how this same devastating experience empowered him to face his biggest fears so he could finally find a more meaningful way to share his message and music with the world. He also reveals that through singing and speaking he wishes to empower people to never give up on their dreams.

Natalie: Hello, Everyone! My name is Natalie Ledwell and this is the Inspiration Show. Today, I have a very inspiring guest who has a very inspiring story to share with us. So can you please welcome, my friend, Tiamo. How are you Tiamo?

Tiamo: I am good. I’m excited for this conversation, Natalie. It’s wonderful seeing you again.

N: I know, it’s always great to see you. Now, the reason you’re here is you actually have a new album coming out. The music that you have on your album, songs of inspiration and motivation, I would say. This is your second album, is it not?

N: Okay. So for those of you who are not familiar with you why don’t we start with your story and how you got into doing such an amazing thing and following your passion?

T: Yeah, thank you. So I’ll talk a little bit about the tipping point for me. So, of course, how I got started was I was looking for my outlet of inspiration. By that time, I was a little confused and I didn’t know if I wanted to be a speaker or if I wanted to be a writer, but then I found my calling which was writing songs and just filtering my message through the music and the lyrics. I did that for a few years. I developed a really nice fan base here in San Diego, and came out with my first album and things were going really, really great. But over time, less and less people started coming to my shows. I started to get discouraged but at that time I actually got booked on my dream venue in San Diego that holds over 500 people. I decided that this is going to be my reinvigorating come back concert. So instead of a bunch of small concerts every week, I stopped doing that and committed to preparing and promoting for this one concert that was 6 months down the road at my free event. So, I promoted it hardcore every day for 6 months. I was in the green room and I’m sitting there and I’m envisioning how I want the concert to go and I walk out the stage, it’s going to be a sold-out crowd, a concert of my life and suddenly, they called me up and said, Tiamo, it’s time. So, I walked out on stage and I stand in front of the microphone and looked out at the crowd and there are only two people in the audience and my heart completely sank. But I sang my entire one hour, sang like it was a sold out crowd and I packed up my guitar at the end of the show, I got into my car I closed the doors and I broke down in tears. For me, that was my breaking point. And I remember calling my parents and telling them I quit, I just can’t do this music thing anymore  because it just beats me down too much. Here is the thing Natalie, I walked away from it for a good number of months and I was all about my head, right? And I just find all the reasons why my music dream won’t work until I get out of own way and I let the inspiration come through me. And that inspiration was a voice that said, Tiamo what if you perform only in front of sold out crowds, would you want to repursue your music dream again? And my answer was a huge yes but I got lost in the how. It stopped the tracks. So here’s what I did, I committed to not playing in poppy houses, clubs and bars (4:14) and in cancelling that out in time, I found this avenue of performing at seminars and conferences and high schools and colleges. And how do these new outlets open up for me? As I started performing in seminars, I then was performing in all these sold-out crowds and since I made that distinction and I found (4:40), which was about 5 or 6 years ago I’ve only performed in front of sold-out crowds. I was making more money in my music than in my day job. I was working at a university at that time. And as it happened, within a year of making that new commitment and decision I left my day job and I was really scared but I took the leap. So, I wrote a song about that and it’s called Freedom Day. That’s one of the songs in my new album which is being at the (5:11) of your life and jumping, no matter how scared you are because I was really scared. But it was the greatest decision I ever made and since I left my job a few years ago, I’ve been able to not only become a self-supporting career musician but I’ve become a 6-figure musician. I have performed in front of crowds of up to 15,000 people and Natalie as you know as I’m doing my calling and my purpose, there’s nothing greater than that.

N: You have such an amazing and inspiring story. There are some little nuggets in that story and I think when you feel so strongly about something, you set out that strong intention and your intention was to only play it to big crowds, then you took that leap of faith. For most of us, we lived our whole lives afraid to take that leap and sometimes you have to be in, you have to be all in and have that strong intention to really make something fly and this of course, clearly paid off for you. So tell us about this new album, what was the inspiration behind it?

T: Yeah. The inspiration behind it is me facing my biggest fears and there’s two things that I learned about that. Number one is fear is the only thing in the world that gets smaller as you run toward it. The second thing I learned is that the thing that scares us the most is the thing that we’re meant to be doing. And so when I really understood that in the heart level, not conceptual or intellectual but on the heart level, I was able to face my biggest fears and get my music out to the world in a big way and inspire other people to do that. So, for me this album is living the message and not just putting the message out there but living it. And that’s why it’s called living the lyrics, because I believe that so many of us who have a mission, a message and a calling, it’s one thing to write about it or be in a tele-seminar to talk about it and it’s another thing to actually live it. So for me I wanted to live the lyrics of my song which is about facing their greatest fears and reaching their biggest dreams and putting that into music so that other people can hear the music, resonate with it, connect with it, burst their hearts wide open and then pursue their own dreams. That’s why I called it, living the lyrics. That’s why I created it the way that I did to share with the world.

N: Yeah, that is awesome and you know, and for those of you who are not familiar with Tiamo’s music, we actually have many of it available in the mind movies platform. You can use with your mind movies as well. We talk about your music a lot but I think what we should be doing is listening to your music. (8:14)

T: Yeah, I’d love to. So, thanks for the opportunity. I agree, that’s the best way to do it, right? I’ve got my friend over here, let me grab my guitar…

T: Okay. So this song I’m going to play is written in my album and it’s song number 3. It’s called Freedom Day and it’s really about experiencing your freedom. So anyone watching this, whatever your freedom day looks like maybe it’s leaving your job, like I did. Maybe it’s finding your purpose and dream. May be it’s speaking on stage. May be it’s telling someone your truth. May be it’s, whatever it is this song is for you.

N: So guys, if you’re using your mind movie personally and not posting it publicly or online, that song would be incredible to be able to use with your mind movie as well. So, where can we send people Tiamo, if they want to purchase your music and find out more about you?

T: Yeah, thank you. So people can go to tiamosongs.com (spells it) plural, so tiamosongs.com and when they go there they can actually get two free songs and they can also get my album as well called living the lyrics.

N: Awesome, fantastic. I love Tiamo’s music. I like, I listen to it all the time because it’s very upbeat. It’s all positive lyrics and it really, really helps to put you in a really happy place. So thanks for joining me today, Tiamo. Thank you for playing your music.

T: You’re welcome and thank you so much. It’s a lot of fun, Natalie.

N: Awesome. Now guys I encourage you to share this video. You can do that by clicking the Facebook and the Twitter share buttons on this page. Download the app if you haven’t done so already, so you can watch the shows on the go. And also make sure that you leave your email on the box on this page so I can send you the manifesting with the masters video e-course. It is valued at $87 and I would love to send it to you for free. And make sure that you click on the banner to the side or underneath this video so you can get straight through Tiamo’s website from there. So until next time remember to live large, choose courageously and love without limits. We’ll see you soon. 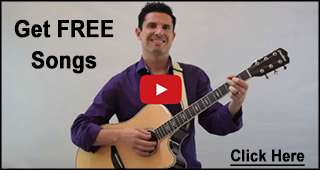