Natalie Ledwell interviews special guest Gillian Larson, a contender from the popular Survivor TV series. She is used the power of visualization her whole life, even before she knew what the Law of Attraction was. After watching the Survivor series, she became hooked and decided she would become a contestant on the show. She then used the Law of Attraction to make it happen, which led to her discovering The Secret...

Natalie: Today on the show I'm speaking with Gillian Larson who is one of the contestants on Survivor and she's telling us how she's used that experience to help people that of with Michelle's Place into making it up. So stay tuned.

Hi I'm Natalie Ledwell and this is the Inspiration Show. And today my special guest is Gillian Larson, hi Gillian!

Gillian: Hi Natalie how are you?

Natalie: Now you may recognize Gillian, from one of the Survivor series that was the one in Kabana right?

Gillian: It was in Kabana, Africa, yep.

Natalie: The reason why I actually have Gillian here in the show is cause she has an exceptionally inspiring story of her life, of how she gone into Survivor which is a really good Love Attraction as well. So why don't we start first about a little bit about your background and who you are.

Gillian: Okay, well my name is Gillian and I'm a little bit of everything actually. I was born and raised in South Africa and married an American who I met in a beer hall in Germany when I was there checking around Europe in 1969 and moved here. And I've had a magnificent marriage because there again I started just with that Love Attraction. From the time I was younger, I always said that I will have a good husband and a wonderful family. I've got wonderful husband, 3 daughters and 6 grand-children, 6 and a half grand-children.

Gillian: So that's sort of my background and then I moved to this country. Not realizing how easy it was by marrying a person from America, because I didn't have to do all the other stuff that other people have to. And I also recognize, although I was leaving my country, I was moving to an absolutely amazing country. So long story, 43 years of working as a nurse, I'm an RN. And worked in you know, getting children for school and college and all that lots of stuff. I moved back to California, I moved 18 times. So I moved back to California and in 1999, I heard there's gonna be a new TV show called Survivor. And I don't watch much television, and I also totally believe in omens not just the law of attraction. So I happen to hear of the radio, that there's gonna be this new TV show and they're gonna strand 20 people on an island and anyone would survive. And I think, what if they're gonna kill each other to survive? This is crazy, sort of lot of the flies, right? I didn't think anything further. When I had the trip to South Africa, I came back to that trip and I was watching TV with my husband, and most man has this problem with the remote control, you know they fix with channels and I was watching and I said; WAIT! That's the show that would gonna kill everybody of. So I said wait I wanna watch it, and for some reason, that was the moment I was bitten by the bug of Survivor, I mean that is strangest thing, I was something like, 50 something at that stage, I'm now 65. So, I said; I am going to get in that show. Now that again was my whole law of attraction as what you say, you have to say it and would believe in yourself, and I'm not preaching to the choir here, you know all about that, but I so believe in that and that's for every ordinary every day person. I mean I'm just a little old lady from Tamika I have grandchildren and all that's old stuff. But this happens to people if you absolutely believe it will. You will attract what you want in your life. So I've been watching the show in 1999 into 2000, and I said I will be on that show. So for 8 years, I tried to get on survivor, and I kept trying, I kept applying, I kept applying, I kept applying... always saying that when I'm in Survivor, not if, now we have 2 problems with that little bit of law of attraction for me. And I always said, when I want Survivor, I will get on Survivor, I will be on Survivor one day, and what I didn't say was, I will get on Survivor one day and I will win. I left off that part, so again that kind of goes to goals, obviously if you're gonna be specific with your goals, I was, and I reached my goal, I got on Survivor! 8 years, applying all the time, did the craziest things you could see on YouTube videos of Gillian's journey to Survivor, with the crazy things I did to promote myself to be found because so many people are found, or found or just found on the beach, they don't apply for Survivor. So 65,000 people apply all the time, so how are they gonna notice me?

Gillian: So I had to do a lot to be noticed, and that's a long story. And so, so anyway I did, and the other thing was, I always said, when I'm on Survivor, I really hope that my tribe isn't kind of the grumpy, lazy, negative sort of people because that sort of person is kryptonite to me. And I stand out as this happy, you know enthusiastic person, I'm into those sorts of people. Well, what can you expect? I got a tribe that was not happy, enthusiastic, or what...

Natalie: So basically the universe delivered to you exactly what it heard you saying...

Natalie: So that's really interesting because, were you doing any speaking before then?

Natalie: No and so, you caught this situation where... ok so your Survivor experience is what you expected but you know a lot of people would just you know put their tail between their legs and kinda go on, why was me? I got kicked-off, how unfair, but you turned it to something that was, that's actually benefiting other people.

Gillian: And that's exactly, I mean I have met the most amazing people, absolutely meeting you, I mean the doors have been opened, I've met people that have totally enhanced my life as a result to it, but absolutely, I recognized that I turned down an opportunity to be on Amazing Race and 4 other shows, and I turned it down because I absolutely believe that the Survivor experience was all a pre-destined part, and I tried it for 8 years, I've built a story of persistence and belief in myself and everything that I can take out. I played for a short time, so that I could satisfy my, do they not really give you toilet paper? So I satisfied that part of that.

Natalie: So do they?

Gillian: No toilet paper, no toilet, no food and as you went it, yes, I satisfied myself, I love watching production and I've been able to turn it into so much more which is being...

Natalie: Awesome. You know I think that's too... when you have a situation like that, where what you are experiencing is not what you expected; I suppose that the best question to ask is, how can I use this? What's next? Not like, oh my God I failed how I use this for something else, which is awesome. So how do we find that more about the Reality Race?

Gillian: It's on our website, we have RealityRally.com and that's April every year. This one coming up next April is April 5th, 6th and 7th and almost everything is explained on that website. We have pictures and videos from the previous just last year. You can see the list of the reality stars right now that are with us last year but I'm putting them this week because I'm getting flooded with the New Year quest, so just the new ones will be on there. And then we offer fun race. I mean I also had a requirement for the reality stars last year that they actually needed to raise 400 dollars to come. Because we do cover their expenses, we get a lot of stocks funds so we have the most amazing arcade that does our sponsorships outreach and we have there most amazing out-born. And people, we go out night, tell my story and duly follow that happen, people are so interested and willing to help on board. So, a lot of it sponsored by in-kind, publicity, media, and printing?out. Everything you see touch, drink, listen to dance, everything is sponsored. But this this still need awesome expenses, so the reality stars had to raise 400 dollars to come and be part of it. But I just don't want a really fun reality star party, otherwise anybody would wanna come. So, it's you wanna come and be part of us, great we can. This is the reality stars, you need to raise the money and that money goes for mammograms for Michelle's Place, and the rest for particular expenses and stuff covers some of the other costs are covered by sponsorship. But realityrally.com it'll tell you everything and also there's a contact list there if you have a question that is unanswered.

Natalie: Absolutely. Mind Movies team are also gonna be there in April and we've helped in you know as much as we can with this event. So realityrally.com or you can just click on the banner on the side that will take you through to that site. So thanks for joining me Gillian.

Gillian: Absolutely, thank you so much I really appreciate the time.

Natalie: And guys I encourage you to share this video and the information in it by clicking the Facebook and share buttons above. And if you haven't done so already, make sure that you put your email on the box above there; I would love to send you the Manifesting with Masters Video A Course, masters like Bob Proctor, Joe Vitale, and John Assaraf. It's valued in 87 dollars and I'd like to give it to you for free. So make sure you put your emails on the box above there to get that. So until next time, remember to live large, choose courageously and love without limits. We'll see you soon. 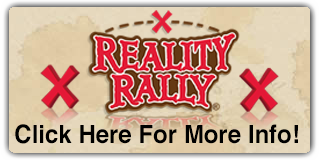