Episode # 452   Lynne Cockrum-Murphy - How To Leave Suffering Behind

Today on The Inspiration Show, Natalie Ledwell speaks with intuitive healer and author of “Living Hope-Steps To Leaving Suffering Behind,” Lynne Cockrum-Murphy. Lynne joins Natalie to discuss her inspiring survival story, which started when her father saved her from a house fire when she was just a baby. Lynn shares that the only reason why she had survived was because she was carried out first before her sisters who had, unfortunately, died in the fire. During the show, she shares her struggles growing up with her mother whose life was shattered by the tragedy and her childhood jolted again by her step-father’s death in a car accident. Sadly, Lynne’s resilience was tested again with her mom’s murder years later. For most people these tragic events could have been the end of any hope for happiness, but this wasn't Lynne's case. Lynne decided to embrace her struggles, release her limiting beliefs and move from a life of victimization into one of possibilities. 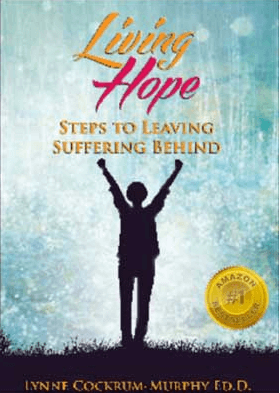