Natalie Ledwell takes questions about personal development and the Law of Attraction seriously. Today she answers, "What happens when you have doubt and negative thoughts? Do you have to build back up again before you can start manifesting?" Learn how to eliminate self-doubt for good, right here.

Natalie : Today on the show I will be sharing the number one thing that you can do today to eliminate doubt from your life and that's really easy, so stay tuned.

Now I don't think that there's a person on Earth who hasn't experienced some form of doubt when striving for a specific goal. Now some people are fortunate enough to be surrounded by a supporting but helps to keep them remarkable reminds them that they can do it. But maybe you're like the person that e-mailed me a question and you can relate to their reply. Now the question was something along the lines of you know what happens if you have doubts and negative thoughts? You know do you have to build up again before you could start manifesting? Okay, first of all everybody has negative thoughts. Bob Proctor, Jack Canfield, me, everybody has negative thoughts from some time or another. Now it's normal, it's human and of course we could have them. But when you have a negative thought, it's not like you cancel out all the positive ones, it doesn't work that way. Now we might experience whatever your most dominant thoughts are is what actually influences your outcomes. So for example, if you think positively 80% of the time, you will have positive outcomes. The negative ones aren't seem to have any effect.

Now the next thing that I want to say is the number one thing that you can do today to eliminate doubt from your life is to get social proof and lots of it. Now social proof means you know researching, reading, watching documentaries, just finding out the stories of people who had done it before you and have accomplished amazing goals. Now when you immerse yourself in this topic information, you can vanish the strongest doubt from anyone. So for example, did you know that Steven Spielberg dropped out of school forever after being placed in a learning disability class in junior high? It's true. Now he's reigned as one of the most successful filmmakers and directors in the history of movies. What about John Gresham, did you know that his first novel was rejected by 16 agents and 12 publishing houses? And now he's recognized as the multiple New York Times best-selling author for all of his legal drama, novels. And some are actually been turned these books into movies.

And what about Bill Gates? He started Microsoft by purchasing software for just $50 and he quit college. What about Henry Ford? He had 2 failed car companies before he started the Ford Motorcade Company. Then he revolutionized the industrial production by being the first to apply the similar to manufacturing and that way he was able to produce the Ford automobiles, one of the well-known industrials of all time. What about Liezel Bole? She was dismissed from her drama class, after she was told that she was wasting her time. You know the Beatles? The Beatles have told that they sound wasn't good enough and that time the music was going out of style. What about Michael Jordan? Michael Jordan locked himself in his room after being cut from a basketball team. Now he said that it is miscible that 9,000 shots in his career and that he had lost almost 300 games. On 25 occasions, he said that he was entrusted the winning game shot and he missed, now he said to it over and over again in his life. And he believes that is why he succeeds. Are you feeling inspired yet? But look there's more, what about Walt Disney? Walt Disney was fired from working in a newspaper because he had no original ideas and he lacked imagination. Abraham Lincoln, he was defeated in 8 elections and he was failing in multiple businesses. He was given up by his own school teacher when they couldn't help him raise his grades. He became the greatest English Mathematician known to mankind. Richard Branson, he's lost more money than most people earn in their entire lives and he's one of the richest people on Earth. Now there isn't a lack of story like this and more success stories that are happening every single minute. What about here on Inspiration Show? Just go back in the clouds and look at the interview of Shaun Stevenson, the 3-foot giant who was born with a rare bone deficiency and his mission is to rid the world of insecurity. Or Mat Black, the double lung and heart transplant recipient, think about that, both lungs and heart was transplanted and he's run a full marathon since then and he uses his time to travel and inspire others. Karen Bolo, she was thrown in jail for 4 years with something she didn't do, she missed 4 years of her daughter's growing up but through meditations and things that she was doing while she was in jail, she was able to create this incredible character called Joy and these stories initially helped her daughter process what was happening and the fact that her mom wasn't there but now these had gone to a popular children's books and had helped children across the world.

Just Google "inspiring true stories" and see what comes up. Now commit you're reading one inspiring biography per month surround yourself with positive people who understand what you're going through and we'll keep you a pep talk and a kick in the butt every time you need it. The more you create a steady stream of positive success social proof stories into your world, the more that you will banish doubt and create a feeling of belief that you can enjoy whatever you set your mind to. 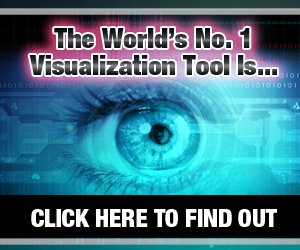