In episode 15 LOA guru Natalie Ledwell does a group exercise to help release limiting beliefs. This exercise will help you re-write your subconscious programming, and will get your internal programming to start working for you and not against you.

Natalie : Hi I'm Natalie Ledwell and this is The Inspiration Show. Now on the last video, we covered what a limiting belief is and how they are formed. Now this is been very liberating for me because now I understand why I act and think a certain way. Now there's nothing wrong with me, it's just the programming that I picked up when I really didn't know any better. But here's a very important point that I wanna make today, spending time dwelling on why and trying to blame you know my parents, all my teachers, all my siblings, is an absolute waste of time. Now how would they to know that what they're doing would program me for life, I mean they would have no idea about that. Now going back in relieving every little incident is not a healthy activity. Being aware of each incident doesn't change your programming or your behavior and it doesn't correct it either. Also it's not relevant as to who gave you the programming or how you receive this programming. You wanna get to a point where you realize it just is what it is. Timing, you were there, this is how that you interpreted the situations at the time, it's absolutely nobody's fault. You know think of your subconscious mind like being a cd player you know standing there and yelling at it or focusing on that programming is not gonna serve you in its actual inactive futility. You remember what you resist to persist and the more you focus on it, the more you create more of it. So you don't want to spend any energy there. Now what's exciting is that now that you know why you think and act a certain way, you no longer need to be held hostage by the programming from your childhood years. Now that you know that this is what's been holding you back, it's time to take control and expose our minds to something more positive. You need to consciously feed the mind positive messages you know now you can focus on how to rewrite those programs and make them more positive and get your internal programming to start working for you and not working against you. So if you've always felt like success seems to elude you and the world in the universe seems to be working against you or working against you at times it's not because you're not capable not because you're not able to do it, it's just programming that you had internalized.

Okay so I have an exercise that would love for you to go through that will actually help you to rewrite these programs and to release these limiting beliefs if of course you discovered that you actually have one. So again remember I'm looking for feedback to include in my upcoming book. So once you go to this process, complete the exercise and share your feedback on the comment box below. So if you click on the banner to the side there, you can download this worksheet. Now on this worksheet you've got 4 different columns that you can see there. Now the first column says "negative thoughts or limiting beliefs", so this is where we actually write down what those thoughts are or that limiting belief that you've identified that you have. Column number 2, "where did this come from?" Now remember you want to remind yourself where it came from, think back to your childhood, is there any incidences that might have come from there and remember that it's not your fault, you just happened to be there at that time and absorbed that message at that time, nobody's fault. Okay. Column number 3, "this is not true". Now the thing is these like we said these are internal programming that you picked up as children and you just proven to yourself over and over again because this is where your thoughts go to that this is your reality and this is your truth. But we want to prove to you that or you want to prove to yourself that this is not true, you know have you had success in this area before? You know is there a proof that somebody else had achieved this as well? And if they can achieve it then why can't you? Why can't that be your truth as well? You know what would that mean to you if you actually release this limiting belief? It's really important that we think about how this really isn't true and to research and put that in that box there. Now column number 4, is "new affirmation", so what we wanna do here is actually reframe your new statement in the opposite and positive statement other than what the negative thought is. So let's say that your one of your limiting beliefs is that only bad people had money, or you know horrible people had money. We wanna change that to the opposite so it says that you know deserving people have money. You know, I'm deserving and start building this affirmations around that negative thought and change that to the positive and to what actually you want to be your truth and what the truth actually is. And once we create these statements, we wanna add them to the current mind movie that you're watching, or the list of affirmations that you're going through every day. Once you've added these towards your current mind movie or your list of affirmations through repetition and focusing on these every day, we gonna reprogram the opposite and positive affirmations into your sub conscious mind so they now become part of your new reality. So please go through this exercise, if you've identified that you have the limiting belief, please share your experience and any feedback that you have about this I'd really love to include some of these informations in my upcoming book. And remember if you haven't done so already, just register in the box sent in your e-mail in the box above, that way you will able to get your six premade mind movies and we'll also keep you updated with all of the subjects and all of the different shows that are coming up in the future. So guys I hope that you got a lot added today, remember to let me know how you go with the exercise, I'd love to get your feedback. And remember to live large, choose courageously, and love without limits. I'll see you soon. 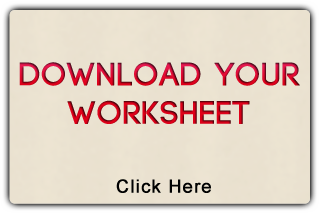