Today on The Inspiration Show Natalie Ledwell speaks with Neuroscientist, Chiropractor, Lecturer and Author, Dr. Joe Dispenza. Dr. Joe joins Natalie to discuss the amazing work he?s doing around the world by teaching people how to heal and create the reality that they want through thought alone. During the show, Dr. Joe shares his incredible journey that started when he was run over by a truck and broke 6 very important bones in his body and the difficult decision he made by choosing to heal himself, over using conventional medicine. He also shares amazing stories of people who have healed themselves and reveals how they did it. Plus, he explains why he chose to incorporate the Mind Movies visualization software in his workshops and how anyone can use Mind Movies to manifest the life they desireT. 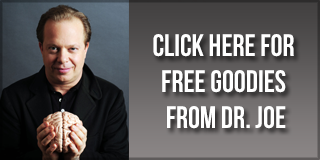