Today on The Inspiration Show, Natalie Ledwell speaks with Law of Attraction Coach Expert and founder of the Quantum Success Coaching Academy, Christy Whitman. Christy, joins Natalie to discuss her successful coaching program on how to become a life coach. During the show, Christy explains her own spiritual awakening and her journey to becoming coach. She also gives useful advice on how to find your purpose in life and shares powerful law of attraction tips. 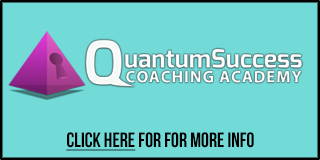